No, seriously, John and Jackie Kennedy were not immune to the lure of the photo booth and snapped these photos in one back in the 1950's. 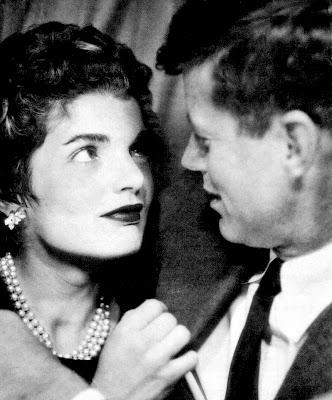 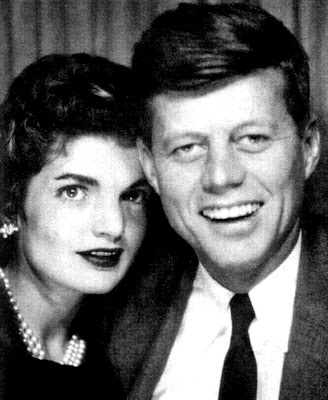 You can check out more awesome photo booth-related stuff in our Daily Photo Booth features. Enjoy!
Posted by K&R at 10:30 AM No comments:

Photo booths are awesome - we just love 'em. From celebrity photo booth photos to photo booth pranks, we just can't seem to get enough. It's a good thing there's no shortage of photo booth companies out there.

One of those companies in particular put a unique spin on the traditional photobooth experience at the first ever Photo Booth Festival. The result was Andy Warhol-esque pop art photo strips (which looked just awesome).

Check out the gallery here.
Posted by K&R at 9:30 AM No comments:

Dogs, what can we say, they're not just pets, they're man's best friend, right? So, it's not that far fetched (no pun intended) to think that these cuddly beasts might one day end up in a photo booth. Am I right? I'll let the picture answer that.

Check out more of our Daily Photo Booth series!

We've all heard epic marriage proposal stories, like the guy who choreographed an entire lip-dub for his unsuspecting girlfriend (now fiance). Stories like these make our hearts melt and make guys work MUCH harder to pull off something unexpected and creative when popping the question.

This guy, while in a photo/video booth decided to pop the question and the photo booth captured the whole thing.

Email ThisBlogThis!Share to TwitterShare to FacebookShare to Pinterest
Labels: photo booths for weddings

Every so often we post a funny, cute, or otherwise unique photo booth picture in a series we call Daily Photo Booth. Today, we've got a featured photo sure to - at the very least - creep you out.

You probably remember Bill Murray from movies like Groundhog's Day, What About Bob, and a number of other classics and newer Wes Anderson films. Well, in between his epic yet awkward roles, Bill Murray stopped by a photo booth and took some of the awkwardest photo booth pictures he could think of. 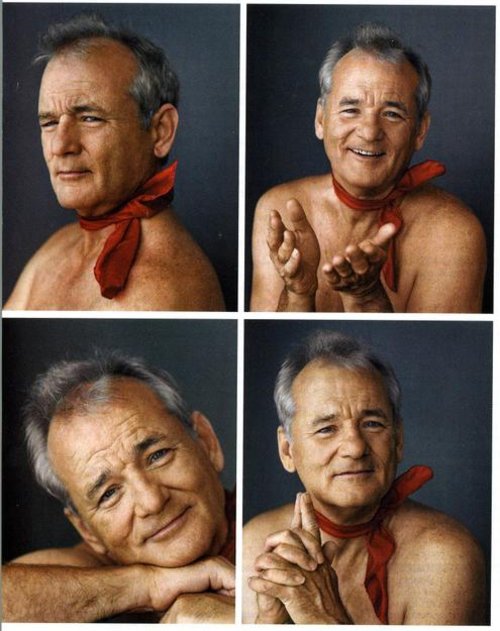